Okay, guys don’t forget that you have hard-boiled eggs. What are you doing? Oh there’s, so much look at all the smoke. Yeah look there’s smoke everywhere. My wife is recording those were eggs, [, Music ], unless you can find legal ways, guys don’t be this guy. I mean it’s just courtesy to pull over when you’ve got a faster vehicle behind you on dirt and on I mean that to everybody, and even myself, I’m going to pull over . All right, like I Drive bad or something when someone’s like yeah. You put your seatbelt on in my truck you’re asking for me to drive fast all right, dude just get out of the way. Now is your time come on bro you got this, you can do it for us get up on him. Beans like dude I’m driving shut up. Oh no dude. He doesn’t look back at all one time. Oh there’s a look Alliance.

Here’s a look, there’s look! Dude! Yeah! Don’t be this guy, just pull over. Let’s let people go by and then you can continue on your merry way doing whatever speed you want to do. Looking at whatever you want to look at, I don’t want to be behind you as bad as you don’t want me behind you. This is a public service announcement for dirt road travel. It’s amazing what I think I need to carry I’m not taking that. I’m taking that that the Midlands ready to go, throw some fresh batteries and news that decide if I’m on a packet, tripod decisions, decisions guys see, and then I got a listen to her make fun of me bins, probably over here ready to go. You know my 5/7 went alright guys we are shed hunting, we are not vlogging today, I guess technically, we are blogging. This isn’t one of them. Just look at me.

I’m sitting here on the hill, telling you what’s going on we’re actually shed hunting, so Britt’s got eggs that aren’t exploded. Yeah Ben’s, ready to vlog he’s got the camera out. Look at this, whether it’s I’m in a t-shirt in there complaining that’ll, get rid of the bugs so yeah we’re on the strip. We’re going to go out there deer antler today, and hopefully we can find some that’s my first time, yeah you’re , my guide. Okay! So we’re looking on the ground, guys walking condiment guys we’re actually waiting for Britt. She decided her long johns or her first light leggings her too hot. It has wound up today. So now she’s going with just her first light pants. Oh babe Shia’s pantless, guys, you can’t see it, but she is go down all the way down. Oh look: she’s got her pants on now.

Alright guys we got a shed. I was just sitting back here, just kind of glassing. This wide open just looking for anything and I see tips, sticking up three tips, the beams busted, but it is it’s a pretty good horn. It’s old! Thank you. Thank you. Thank you. Wide open just a nice four broken beam, maybe the match, or some newer years or some more okay. Let’s just and less arrowheads, I’m tired of the AFR’s. I’ve picked up like four or five of those while I’ve haven’t picked them up. I found and left them, but it’s these are what we want to pick up stuff sighs just glossing across this little opening right here and I see something that looks like could be a Tyne, but I’m not 100 %, so we’re just going to walk over there And check for ourselves not that far anyways yeah yeah. Yes, it is it’s a [. __ ] looks like a cool , it’s a big , Oh short being, but I think that’s the other side, the one I just picked up. It is match. Ah, thank you. Thank you. Thank you all right.

That’s two shirts on the board. Now, I’m finally getting away from the arrowheads I’m going to take a couple pictures of this one might even wait by the way it’s sitting might be. My thing with balloon, so I had to walk over here, looks like birthday, happy birthday like for a month. So thanks for the early good, I was just walking across this opening kind of heading to work, Brit that go meet up with her and he’s bossing over this way by step of wide open one here, one. There we’ve got a few four-wheeler tracks, which kind of suck they can’t hit everything they can’t find everything. Oh the set here, heck yeah, I can see both of them looks like a side-by-side set. I can see it looks like a stud set. Oh yeah, a stud set, oh yeah! Thank you. Thank you. Thank you. Okay, I’m going to holler.

It’s it’s captain hook for sure for sure, heck, yeah, side-by-side, okay! Well, you heard the boss. I can’t pick him up until she gets here. She wants to see him. What up well yeah brother um, I don’t know it – might break it might be HI 190s. Are you doing any good, no kidding hell yeah. So if you stay on the, I don’t even know where to tell you I’ll shoot my gun see if you can hear it all right guys, it sounds like Ben found a big dead head. It’s awesome, hi, I’m going to get these guys found. So I’ve seen a bit alright guys I just got over here Josh. I was way far from him and dude bad right next to each other. It makes all the difference when you pick it him up like holy crap. He just looked kind of tiny laying there on the ground, especially outside, and you pick him up what kind of tiny on the ground really. Okay, no, like you get what I’m saying like and then you put him in your hands and then you get perspective to the camera on the ground, it’s hard to tell, but once you’re holding them, and you can see all that extra. That is when you’re , like. Okay, what are you doing? How are you paying the shed gods or what I guess you’re my lucky charm? I want to be my own lucky jack awesome. Thank you. Thank you. Thank you, okay, guys they got him all picked up.

We got pictures of him. I actually know what deer this is, and what sucks about this deer is a buddy of mine, snow Shawn, snow, who you guys seen a couple videos back who we went. on with we actually have a video on the channel of him. Picking up a year off this buck – and it goes way back I’ll, put a link after the video to the original video when she snow picked up a set off this buck and that same year, no, it was the very next year. I found a shed off this buck, a single and then the other side got picked up by snow. The downside was snow, it sold his, so I sold my single it wasn’t quite as big and then they killed the deer and then now I got this set. So it sucks that I know you know the deers dead. We’ve had two three sets off this buck, and this makes set number four. This that’s not going to get sold, though I just wish. I wish we had the other year’s just sucks sucks bad. Oh, oh! Well, this is probably this is the biggest set.

I guarantee that off of him and all actually I’ll include a trail cam pitch pic of this buck, also towards well probably right after this right here so yeah. So that’s two sets for me: Ben’s got a dead head, it sounds like Brits got a little dead head and that’s a good day. So far, we’ve still got a lot of sunlight. We’re going to keep tearing it up and hopefully find more that’s better than last trip. I got lucky. I glossed up both my set so kind of the similar short beam. Look yep about the same time frame to you’re just out here: Josh’s, big ol setup and so we’re just kind of doing a few laps like we like to do – and I got me you should know but he’s the shed and that’s what counts all right, guys Hasn’t been that long and I found a dead head. Oh sorry, buddy you didn’t make it alright guys, so I just found a dead head and my biggest find of the day struggle. Oh he’s pretty cool day right on yeah.

Now I feel a little bit better about my day. I can go on and feel successful cool. I’m the deadhead Queen, if you guys didn’t know that I found all the dead heads or were all right. Let’s go. I have been on the lookout for a dead head today because I’ve been finding bone everywhere. Finally, what huh you say come again: yeah, that’s exactly what I’m thinking is a hungry Kitty and when you get deep in the trees and you’re all by yourself, you’re . Like start to hear it well yeah, I do started to hear stuff nice, another deadhead.

That’s for sure. I see it Brit says the other side did this one? What no, what I’m see so yeah yep much that! Thank you. Thank you. Thank you he’s back! No, that’s not even the one she was talking about when she said that on the radio either yeah dude, you got something unpacked, oh dude. Let me see that oh yeah, I do that stud heck yeah hit the damn good down the strip, that’s the one she had when she was talking about it. That’s Captain Hook, look at the bleeding. They were side by side good day, yeah hungry cat in here somewhere. I got nothing right. There looks so wide yeah. Oh that’s what I was going to ask you is there, have you had a new trial cameras with cats on it? Oh yeah, oh yeah. There’s a big cat that lives down in the canyon over here. Oh yeah hold that Bob way up. Thank ya, dude, nice, fine! I know it’s giant giant killed it today 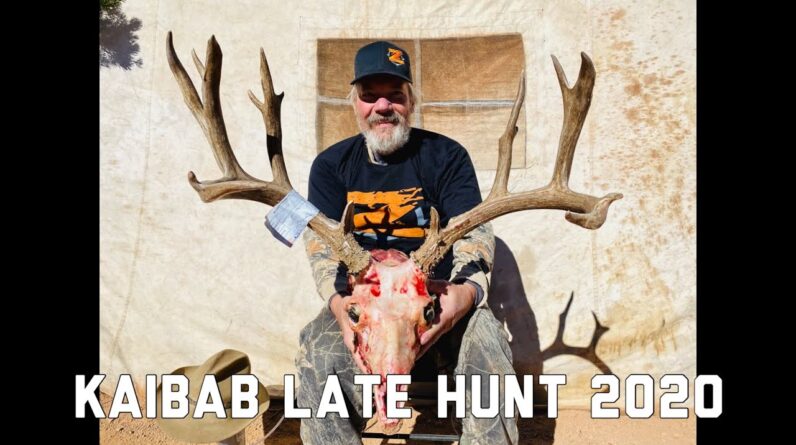 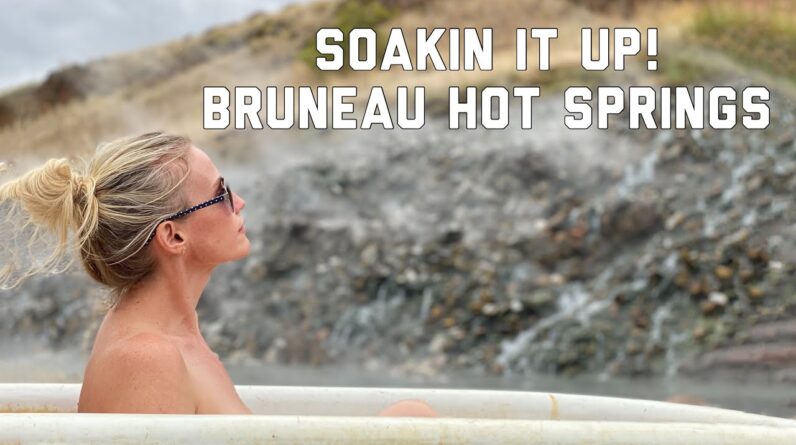 Strippen In The Heat! We get to Shed Hunt AZ Antler Trader 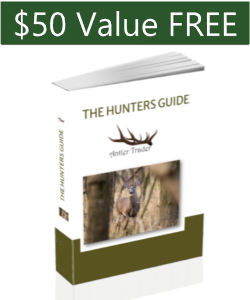